This NZeta 501 belonging to Douglas is taking shape as time and parts permit. With some rust to be removed there will be a bit of work to be done.

“Took me three days to get the piston out – lots of crc, a big hub puller and a big hammer. It only had one piston ring! I managed to bend the con rod, but was going to replace that anyway. I also bought most of an engine on trade me so will have a few spares. The battery location is a bit of a mystery. No evidence of it ever being up front or under the seat. The seat compartment is a different colour from the rest of the scooter (blue and cream rather than red) and I suspect it may be from another machine that perhaps had the batteries up front”

Going to get media blasted can sometimes reveal things you would rather not see but has to be done especially if there are some structural issues that have been “covered up”.

Changes to the bodywork on Douglas’s scooter so far. Looks like some serious welding and metal fabrication has been done. 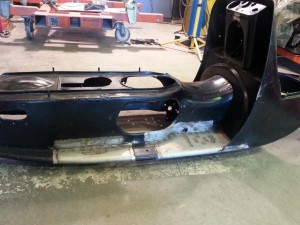 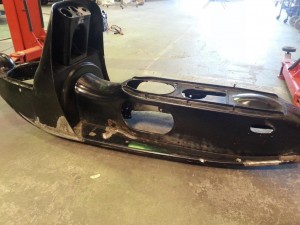