The NZeta from original condition when I first saw her in 1981 at a garage I was working at.

The owners manual that was in the seat compartment has a New Plymouth address on it and a guys name. The address was a street close to where the garage was that I was working at when I first saw the bike.

The Garage got the bike in the state you see it in in the pictures along with another NZeta in the mid 70’s. The mechanics all had been tinkering with it and it had had a side stand fitted and indicators. It never went well so was just left.

There was a fire at the garage in the 90’s and the other NZeta got destroyed.

The garage then got sold and the original owner then sold the bike to my brother in law for a dozen beer. He had great plans for it…..however nothing happened.

I then got ownership of her in about 2008 still in same condition – Blue, yellow and rust!

I gave him a dozen beers and then got a bike mechanic friend of mine to check the engine would work before we did all the body work. He and another mechanic gave the motor a bit of an update with new rings, bearings, chains etc. The carb also had to be modified. They got it running on the bench so we took that as the go ahead to do the body work.

The motor maybe needs a bit more work as is a little underpowered but does us fine.

The bike does have its original tyre pump under seat.

Fully stripped and with the help of many people she is what she is today. 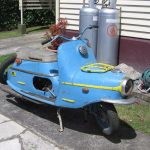 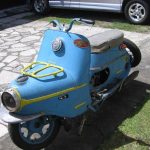 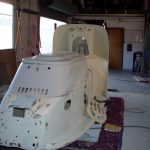 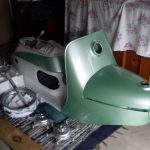 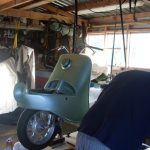 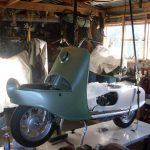 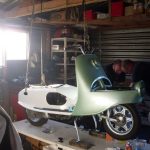 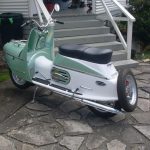 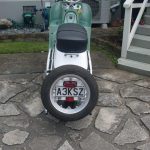 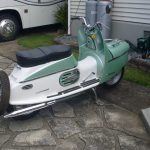 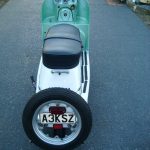 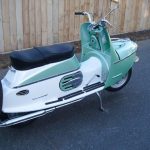 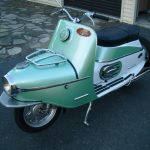 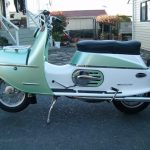 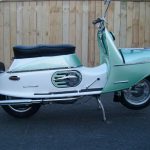 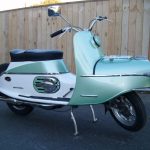 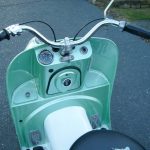 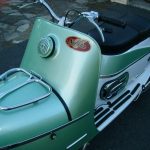 I like the simplicity of scooters, their classic design and the quirky people that ride and restore them.
View all posts by Jim →
This entry was posted in Nzeta 501 Scotty. Bookmark the permalink.